If you did not read part 1, this post will not make much sense. I encourage you to read part 1 (here) so that the story comes alive for you, and your heart is transformed by the truth these two posts contain. If you have already read part 1, welcome back. Here comes the good part… 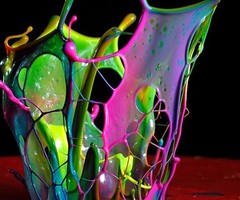 I began to learn to “just be.” God made you a human being, not a human doing. Being should be enough. I learned that you will never change the world if you do not first change yourself, and that you can never truly love another until you feel loved yourself. You have to be before you can do. You have to have before you can give. I discovered I was broken, then I discovered that it was ok to be broken. I discovered I was hurting, then I discovered real healing. My first two years of college were the first two years where I began to just be, and not do. I didn’t have to save the world, I just had to let Jesus save me. And if I never did one good thing, to Jesus, just having me was enough.

My new sense of worth began changing me. My identity began to take shape, and my heart began to be healed. I was no longer “doing my calling,” I was “being myself.” From that, I eventually felt healed enough. I figured that season was done, so I could start doing again! This time with God and super-mature-Karsten powers added in! Now, since I was “all better,” my doing could really change the world!

I started a blog. I started a house church. I became an RA (Resident Assistant, the guy in charge of a bunch of other guys in a dorm building). I ran a Christian club. I shared the gospel. I started discipling. Now I wasn’t just a doer, I was a really good doer!

Of course I didn’t see that at the time. I didn’t realize that I had sacrificed being for ministry, and traded being for doing yet again. It took awhile for me to realize that I was still broken, and that the doing wasn’t fulfilling me now just like it wasn’t before. I didn’t really start to get it until everything started to break. I began to have those days the church forgot to mention, and they kept happening.  People stopped coming to my house church, the relationship I had became heartache, the dorm I oversaw didn’t respect me, I went nearly a month without a blog post, the family I tried to hold together fell apart, my friend David had to manage the Christian club for me, the kid I was mentoring began having friends with benefits, the guy I shared the gospel with got bored of seeking God and just wanted to play soccer, my mentor stopped returning my calls. Everything crashed. At one point, even my grades were looking pretty nasty.

Then it all caught up to me. One day, I finally felt the pain. It’s like someone ripped open my heart and all it’s contents were violently sucked out the side, like an airplane ripped open at 30,000 feet. Then, in that moment, I discovered one of the most important truths known to man. I realized that the whole world is filled with deep, deep, pain. I don’t mean I saw that the world needed fixing, I mean that I felt the world’s broken state. The weight of the world went from on top of me, to exploding inside me. I felt the nuclear missile.

I know that seems morbid. How can that be one of the most important truths known to man? Well, because of what it leads to. When you feel how much pain the world has, when you feel how wrong it all is, your heart demands that you take action. The difference is, this time it’s from a place of being. The pain, the ache, fuels the fire of change that burns in your heart. When you hurt with the world, you care. When you feel the pain, your love becomes real.

I started wanting to change the world not because I should, or because performing well would make me accepted or loved, but because I had to. My heart demanded it. Me and Jesus had to see this thing change, or die trying. I couldn’t just do stuff anymore, even if it was because Christians are supposed to. I wanted to live to infuse the world with meaning, because I had felt the void firsthand.

I think that’s why Jesus tells us to mourn with those who mourn. We are supposed to have a reason to live, and it’s supposed to come screaming and raging from the core of our being, but we’re too busy performing. We are too busy trying to do good, so our heart never actually discovers what it’s like to live authentically. Until we discover that to be is enough, we will never begin to do from a full heart. Until we learn to rest, we can only build cardboard kingdoms. But once we learn to be, once we see with our hearts just how painful the world is, then our compassion will give us a true reason to live. Then, we will do anything to release meaning in our lives and in others. Then, and only then, will meaning become concrete, and the deepest longings of the heart fulfilled. I’m starting to find that kind of meaning in my life. I invite you to do the same.