The cold metal of the gun pressed against the side of her head as she heard the shooter say “Do you believe in God?”

“Please don’t shoot me, I don’t know I just- oh shit please no I-” CLACK

These words screamed into my consciousness and split me open inside like an ax splitting wood. They were being spoken by one of my classmates in my Creative Writing class back in high school. Let’s call her “Adeline.” Adeline had written a short story about Cassie Bernall, the girl who reportedly “said yes” when asked if she believed in God by the Columbine shooter, before being gunned down for her answer.

When I was in school, Cassie was somewhat of a legend among the Evangelical Christian community. A modern day American Martyr. Now, this girl in my class was trying to rewrite her story, turning her into nothing more than a scared girl that was killed for no reason. I just sat there, listening to this atheist rip apart one of the greatest modern heroes of the faith that a 16 year old die hard Evangelical like myself had to hold on to.

On some level I knew that I too was Cassie Bernall, and robbing her of her surety had somehow reached inside of me and robbed me of mine. She was calling the story around Cassie lies. She was challenging the very assumption that anyone in their right mind would die for nothing more than a set of beliefs. She was shaking my very foundation, and everything I oriented my life around.

And she was right.

I did this on a micro level every day. After all, I was the “kid who doesn’t date” who wore a purity ring because he was “saving sex until marriage.” I was regularly harassed for both of these stances, and I courageously stood my ground for the great Truth of the Gospel of “Christian values,” which I mistakenly viewed as the true Gospel. Yeah, I had a bit of a messiah complex. My only problem was narcissism I guess. 🙂

I was willing to die for my belief in God just like Cassie did, and then, like one of Jesus’ parables, Adeline had pierced me with a story that showed me that might all be really stupid.

Most of my beliefs have evolved or even flipped since my high school days. For three years I was even effectively atheist. Yet even through all that I still believed that being Christian was about living and dying for what you believe. It wasn’t until this evening that I finally realized that somewhere along the way, my heart and spirit had discovered that paradigm to be a lie. 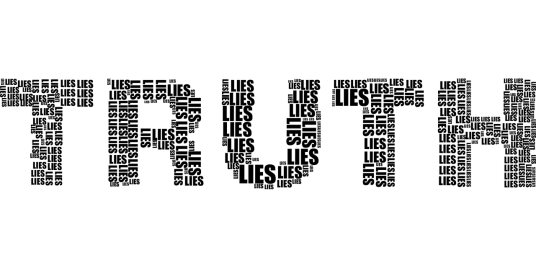 I always wondered at the Martyrs. People like Peter who were reportedly crucified upside down, beheaded saints, men and women boiled in oil or fed to lions. All of them, I thought, were “dying for what they believed.” This lie is probably a vestigial remnant of Roman Imperialist Christianity, handed down to us because it helps those running the system to protect the dogma that got them into power in the first place.

This lie feeds nicely into the religious system that says God died for your sins so that you could spend the rest of your life trying to measure up by following the rules; but here’s the truth:

There is nothing honorable about refusing to compromise dogma to the point of death. That’s called being so close minded.

Truth is True, whether you believe it or not, and the truth is that many of the things you believe right now probably aren’t true at all. You know it too, because if your faith has experienced any level of growth then you understand that you had to let go of the “wrong” belief that you held before the new one you hold now.

Essentially, those that die for beliefs are dying either for what they know might be lies, or for a mixed bag of lies and truth that they have cemented into certainty–meaning they are dying for lies that they can’t even recognize might be untrue anymore. Is that really what happened with the martyrs of old? Is that really what Cassie Bernall died for?

“I count everything as loss compared to the priceless privilege of knowing Christ Jesus my Lord [and of growing more deeply and thoroughly acquainted with Him—a joy unequaled].”

The Martyrs of Old were mystics, meaning that they felt they had experiential union with God. They were not following a set of beliefs, the were following a person.

A Mystic doesn’t live and die for a set of beliefs; they die for refusing to stop loving their closest friend.

The Christian Gospel is an invitation into a friendship with God, not an initiation into a system of rules and beliefs. Jesus said there was no greater love than to lay one’s life down for a friend, and each martyr out there has died out for that very reason. Beliefs do not need to be defended or died for; they need to be doubted.

“but in your hearts honor Christ the Lord as holy, always being prepared to make a defense to anyone who asks you for a reason for the hope that is in you.”

I’ve reached a point where when someone says we have to “defend the faith” I have to actively suppress my stink face. I hate most apologetics. I used to love it, until I began to critically work through the arguments. In Bible College, I actually asked a professor if instead of using the apologetics book we had just read to “defend the faith” in a paper, I could write a paper on why literally every argument in the entire book was flawed and invalid. (By the way he let me, I tore the arguments to shreds, and I got an A on the paper.)

It isn’t that pursuing truth or thinking through hard issues is wrong. In fact, that is fundamentally important to authentic faith. The issue lies in the assumption that as Christians it is our job to defend our beliefs rather than our friendship.

The Bible absolutely teaches us to be able to back up our claim that we follow Jesus. We should always be prepared to make a defense to anyone who asks what the reason is why we hope in Him. Does this have anything to do with apologetics though?

No. It really doesn’t.

To use the verses about defending our faith as a reason for discussing apologetics is like using someone asking you why you are friends with your BFF as a reason for explaining the science of how his parents made him.

The strangest prayer I ever prayed was at the end of my three years of atheism when I said “God, I’m still not sure if I believe in you and I am going to keep seeking truth on those questions, but I miss you.”

I hold my beliefs with an open hand, but that open hand is wrapped in an embrace around my savior and my greatest friend.

*Last thoughts- I do not hate what Apologetics does, I just hate bad arguments. I think much of Apologetics starts with dogma and then works backwards from there. I think we should start with an honest and open minded pursuit of what is true, and shape our beliefs around what we find. Sometimes science seems to point away from God. Sometimes it seems to point towards him. Sometimes rational, good arguments seem to tear apart our theology. Sometimes they reinforce it. The key is to seek Truth while connecting to Jesus as a mystic. In other words, allow beliefs to shift like the sand while remaining in relationship to the Rock of Ages. Sometimes this gets ugly. I didn’t do it as well as I could have, or as well as I now understand, so for me this led to three years of atheism. But it doesn’t have to. You can doubt any doctrine, ask any question, and read any book, while continuing to be in active relationship to God. As I said in a previous post, you can even be a Christian while being unsure if God exists (read it here).

**Just a quick note that these are my views, not necessarily the views of the other writers within the Real Hope Rising community. They may deeply disagree with me. That’s the beautiful thing about having a community centered around Jesus and love rather than dogma and theological sameness.

3 thoughts on “Would You Die For What You Believe? (Let’s Hope Not…)”